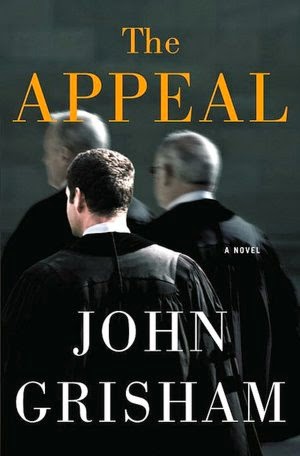 HOW TO BEST SUPPORT YOUR PROFESSIONAL MISCONDUCT DEFENCE

Anyone who is a professional risks being accused of misconduct at some point in her or his career. Because the standard for proving that misconduct is generally only proof on a balance of probabilities (just more than 50%), rather than the proof beyond a reasonable doubt standard of criminal allegations, you need to be ready to much more proactively rebut professional misconduct than you would in a criminal investigation situation.

You're usually going to need to present written responses to initial misconduct inquiries, and later testify under oath to defend yourself if those allegations progress to a full tribunal hearing. What this means is that you need to practice your profession defensively, being always aware that any action (or lack of action) that you decide upon could potentially lead to a misconduct allegation.

Now I know that taking this advice to extremes can lead to paranoia and working life paralysis, where you'll be afraid to even start work each day for fear that something you do could lead to a discipline investigation being launched against you. But the opposite extreme where you just do what you subjectively think best, without turning over your actions in your mind in comparison to objective professional conduct standards, will equally lead you down a potentially quite dangerous path.

So how to get on with your professional work life, protecting yourself and your livelihood, while at the same time being able to take decisions and enjoy your job? I would suggest there are two principles to follow: the D3 principle, and the TAD principle. These principles weren't created by academics, just by me out of a result of my years of work in the professional misconduct defence legal field.

The D3 principle stands for: document, document, document. This is the principle closest to my heart as a lawyer, and addresses situations after they have happened. I have several professional discipline clients who have, in my opinion, potentially strong defences available to rebut allegations of professional misconduct levelled against them, but who lack anything more than their own personal (and unfortunately sometime vague) recollections about what really happened and who really said what to whom concerning the events in question.

In the teeter-totter that credibility contests can turn into, you don't want to get stuck in the position of only having your own sworn testimony and current recollections of events that might have happened years before to defend yourself with. Having notes taken contemporaneously with events, including detailed dates, times, people spoken with, close paraphrasing of actual conversations, and back up documents are all vital to defending your version of the story.

Now I know document, document, document might seem like an overstated principle, but I find some of my clients don't even get past the first "document" in protecting themselves. You want to preserve all your emails, notes of all your telephone conversations (preferably preserving voice mails), personal notes of your activities, back up documents like video recordings, radio logs, security footage, and witness names and contact details.

I'm not suggesting you do this for every facet of your professional life. But you must do so for situations that set off your spidey sense tingling! You might even at the time write letters to others involved, in order to confirm that they agree with your version of events. Don't just stick your head in the sand and hope that nothing comes of a situation.

The TAD principle is really a more preventative version of the D3 principle: Think, Act, Document. This means that for situations where your gut is telling you there might be some professional ethics risk, you slow down, THINK through the potential ramifications of doing or not doing something (and maybe obtain advice from your professional regulator), ACT only after have taking that time to reflect, and again DOCUMENT your actions, and the thought processes and consultations that went into that Act.

How often are these dangerous situations going to come up? Probably not every day. Though perhaps once a week. And I would suggest certainly once a month. If you aren't wondering if a situation is professionally dangerous at least a few times a year, you aren't trying hard enough.

I've defended teachers, accountants, police officers and medical professionals all accused of misconduct, and the common desire on both my and my clients' parts has always been a desire for better records of the events in question, actually kept by my clients, rather than being potentially selectively retrieved by professional regulatory investigators and prosecutors.

Practicing your profession defensively meaning spotting the problem situations before they explode. You're going to miss a few of them - it happens to all of us. But if you've at least documented most situations, you will greatly enhance your chances of a successful professional misconduct defence, giving your lawyer and yourself something to work with to rebut allegations during an investigation or hearing, rather than just taking blow after blow from the prosecution's evidence, and being only able to offer up a weak "I didn't do it" in your own defence.
Posted by Gordon Scott Campbell at 11:25 AM No comments: