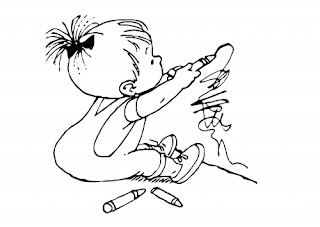 There have been two especially bright spots in the evolution of Canadian family law over the last fifteen years: standardized rates of basic child support, and robust enforcement mechanisms. Fifteen years really is a little hiccup in the legal temporal continuum, but it's made a big difference in the spectrum of things one can effectively fight about or avoid in family law. Yes, it's still possible to fight, and to avoid, but both tactics are considerably less effective than they used to be when it comes to child support.

All parents have a joint responsibility to financially support their children, according to their respective means and child expenses. Ontario Child Support Guidelines (and their equivalents under federal and other provincial laws) mandate fixed support payments according to income of payor, subject to limited exceptions for shared custody or undue hardship, and in addition to special and extraordinary expenses (things like orthodontists, summer camps, or college expenses). Basic upport is paid according to the “table amount” which is pegged to income and other expenses are split between the parents according to ratio of incomes.

For example, if the mother earns $50,000, the father $10,000 per year, and the child lives with the father most of the time, then extraordinary expenses would be split 80-20. The mother would also pay the father monthly support at the table level for someone earning $50,00 per year. And the payor must provide the recipient with confirmation of income each year, such as from line 150 of an Income Tax Assessment.

Support enforcement is possible with a court order and the assistance of the FamilyResponsibility Office (FRO) (or equivalent in another province) to garnish a payor’s employed wages or bank account, seize RRSPs, put a lien on the payor’s house or other property, suspend the payor’s driver’s licence or federal licences/privileges like a passport, deduct support debt from income tax refunds or EI benefits, or even jail a defaulting payor for contempt of court. Interjurisdictional support enforcement within Canada is now coordinated among provinces - so you can enforce a support order against a parent who has moved to another province in a fairly straight forward manner. Out of country enforcement is also possible, but it gets a lot more complicated.

Support calculation and enforcement will still be challenging against a parent who quits his job and flees the country - though no longer having a passport could put a crimp in his long term plans - and those who are self-employed will continue to be a bit more difficult to pin down as to income and garnishment, but for the majority of Canadians who will live in Canada throughout their lives, and hold jobs as employees receiving fairly predictable fixed pay cheques, calculating and collecting child support is now mainly a question of time and effort, rather than some kind of lottery.

Two good links to leave you with today:

Because LifeGoes On … Helping Children and Youth Deal with Separation and Divorce - a good Health Canada publication of a few years back which would have been long forgotten in a dusty federal government publication warehouse were it not for the wonders of the Internet (it seemed in my previous government jobs we would get 100,000 copies of a booklet printed, and manage to give away 10,000 copies);

www.mysupportcalculator.ca - gives you an accurate estimate of spousal and child support owing according to income and where you live within Canada, brought to you by the people who create family law calculation software for lawyers.
Posted by Gordon Scott Campbell at 9:38 PM