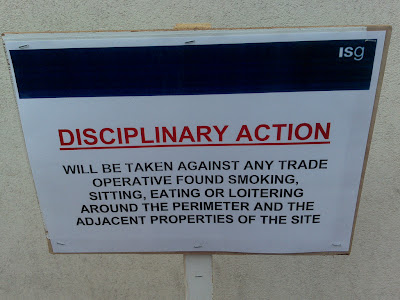 If you're a professional, chances are that sometime in your career you might have some form of complaint filed against you with your professional regulatory body by a client, member of the public, or the regulators themselves. If you accept that you're probably going to need a lawyer at some point in the discipline process, the real question is: when?
It's a personal decision for every professional as to when legal counsel should be retained, but I'll share with you my experience of the many professional discipline cases I work on, where counsel is retained early in the process as compared to late in the process. I've touched on this topic before in an earlier post, but want to highlight this time around the two fundamental stages to discipline proceedings, and the important consideration of insurance coverage.
INVESTIGATIONS STAGE VERSUS HEARINGS STAGE
Generally speaking there are two phases to most professional misconduct allegation regulatory processes: (1) investigations, and (2) hearings. Often these phases are broken up into sub-phases, but investigations and hearings are the two major divisions when it comes to deciding when to retain counsel.
The reality is that a lot of people wait until the hearings stage of professional discipline proceedings to find a lawyer. I completely understand why. At the investigations stage they think the matter might just go away, they think they aren't exposed to much risk, they want to keep the matter private, they hope that their own written submissions can persuade the regulator to drop the matter, they don't think a lawyer could do them much good early in the process, and they're concerned about legal costs.
The major factor these professionals often don't consider in delaying seeking out a lawyer is that the best chance to stop a misconduct hearing dead in its tracks is to prevent an investigation from ever getting to the hearings stage of proceedings. A lawyer is best placed to do this.
Acting for yourself at the investigations stage, you'll be at a significant disadvantage in: (1) not having a background in the discipline procedures of your organization; (2) not being fully informed of the means and range of potential resolutions to your proceedings; (3) not being able to talk freely and negotiate with the investigator or other officials of the regulator about your case because of the risk of your making prejudicial admissions and the possible reluctance of regulators to speak frankly with the target of an investigation.
Another important factor to consider is that legal counsel are usually far less expensive at the investigations stage than at the hearings stage. At the investigations stage, some factual and legal review, advice, negotiations and written submissions may be required, but there are no appearances before a tribunal, and no requirement to do all the work required by the many procedural steps leading up to a tribunal hearing. So early retention of counsel who can prevent a case proceeding to a hearing will save you money as well as worry. Even if your case does proceed to a hearing, the preparation the lawyer already did during the investigation stage might mean that the total investigation stage plus hearing stage legal costs would not exceed the costs of a lawyer brought in only for the hearing stage.
VERIFY INSURANCE COVERAGE
The last factor to take account of when considering the point to retain legal counsel is that you might already have comprehensive insurance coverage providing generous professional discipline proceedings coverage to pay all your legal fees at all stages of proceedings - both during the investigations stage and during the hearings stage. If so, why wait to engage that coverage.
You do need to carefully verify your insurance policy coverage details. Insurance usually doesn't cover the defence of criminal allegations proceeding in criminal courts - though rest assured that professional misconduct allegations don't usually escalate into criminal charges. Insurance may sometimes cover civil negligence proceedings against you in civil courts, though be aware that it might be a separate insurance policy that covers the civil proceedings, or that the professional misconduct insurance may have quite different coverage terms than that civil negligence coverage.
Consider contacting and assessing lawyers even before you contact your insurer. You may have a duty under your insurance policy to quickly report claims, so don't delay the reporting while you are lawyer hunting, but I've found that if you locate a lawyer you like prior to sorting out all the details of your insurance coverage, you insurer will usually let you use your lawyer of choice so long as his or her fees are reasonable and the work is within the scope of the policy coverage. Your official right to a lawyer of your own choice will vary depending on the terms of the policy, but I've found that insurers rarely want to interfere with lawyer-client relations, so even if in theory you are required or encouraged to use a lawyer off the insurer's "list," the insurer will usually do its best to either put your own lawyer on the list, or grant you an exception to the list lawyers.
MAXIMIZING GAINS AND MINIMIZING RISKS
Engaging a lawyer at the earliest possible time in professional misconduct allegation proceedings could be free (if you're insured), will minimize your overall legal expenses (even if you aren't insured), maximize your chances of terminating misconduct investigations prior to their escalating to discipline tribunals, and minimize the scope and impact of any tribunal hearings that do actually happen by shaping the constellation of facts and allegations that go before the tribunal.
Posted by Gordon Scott Campbell at 12:10 PM