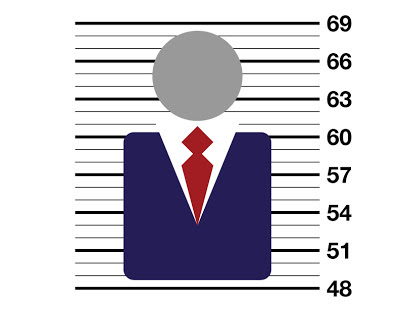 The good news is that professional misconduct proceedings embrace a wide spectrum of sanctions, ranging from admonishment, counselling or cautions on the low end, through to fines, suspensions and revocation of licence. Completely and permanently losing a licence to practice is rare, but it does happen, and needs to be guarded against at all costs.

Retaining someone to engage in resolution negotiations for you with the regulator at the earliest possible stage of proceedings - even at the investigative stage - can be the best way to minimize sanctions for professional misconduct. And even if a negotiated sanction isn't possible, strong representation before a hearing tribunal from someone who is familiar with past precedents of others in a similar situation who received reasonable sanctions will also benefit you.

The usual meaning of the term "in good standing" with your association, and thus your continuing ability to work in a professional capacity for an employer or yourself, usually only requires your licence to not be suspended or revoked. It does not preclude ongoing or completed discipline proceedings, as ongoing proceedings are only allegations, and even completed findings of misconduct are usually remedial in nature - seeking to push a professional in the right future direction, rather than snuffing out any future chance of change and contribution to serving the public.

The challenge with some professional discipline proceedings is the lack of an intermediate range of sanctions. For example, for the defence of some police officers whom I represent from time to time on internal administrative discipline matters, the maximum penalty might jump from forfeiture of 10 days pay to dismissal, with nothing in between. A negotiated sanction can therefore be important to minimize the risk that 10 days pay appears to a sentencing tribunal to be too minimal, and thus they jump directly to dismissal.

Proposing at an early stage a concrete remedial plan to the regulator can also be an important part of a strategy to minimize sanctions for professional misconduct. This remedial plan might include medical treatment of some sort, the taking of particular kinds of courses, or even working for a time under the supervision of another professional. You shouldn't leave it to the regulator to come up with a plan, you need to be proactive and then sell the regulator on a sanction you can live with. True, you aren't guaranteed they'll accept your plan, but with a firm enough advocate representing you, the regulator will realize the great costs it may suffer from conducting a protracted discipline hearing against you, and the risks it runs in not being successful at such a hearing. One particularly attractive incentive may be to voluntarily offer the regulator something that it might not be able to obtain through a tribunal imposed sanction, and in return request that no suspension or revocation of licence be imposed.

I find that the sanction outcomes of professional discipline proceedings aren't as bound by past precedent as are criminal and regulatory prosecutions in the courts. Discipline bodies can get more creative as to sanctions, your advocate can form a closer and more collaborative relationship with the regulatory investigators and prosecutors than would ever be possible in a criminal prosecution-defence situation, and thus an optimal outcome for you which minimizes the impact of any sanctions on the practice of your profession can be quite achievable.
Posted by Gordon Scott Campbell at 8:17 AM